Casablanca, is a city like no other, well at least unlike any city I had ever seen. Taking a while to find my bearings, money, and food I finally started to navigate the streets of this fast-paced city.

Crammed with cars and people all trying to get somewhere, I was on high alert. Lacking in infrastructure but not lacking in character, Casablanca is a feast for the eyes.

After making a few wrong turns (ok like 10) I approached my destination… The Hassan II Mosque. This mosque is the largest in Morocco and 13th largest in the world. Sitting just above the shoreline of the Atlantic Ocean, the mosque was built to celebrate the late King Hassan’s 60th birthday. The mosque can be viewed from almost any part of the city as the 680ft minaret sits atop the city skyline guiding all visitors and locals alike. 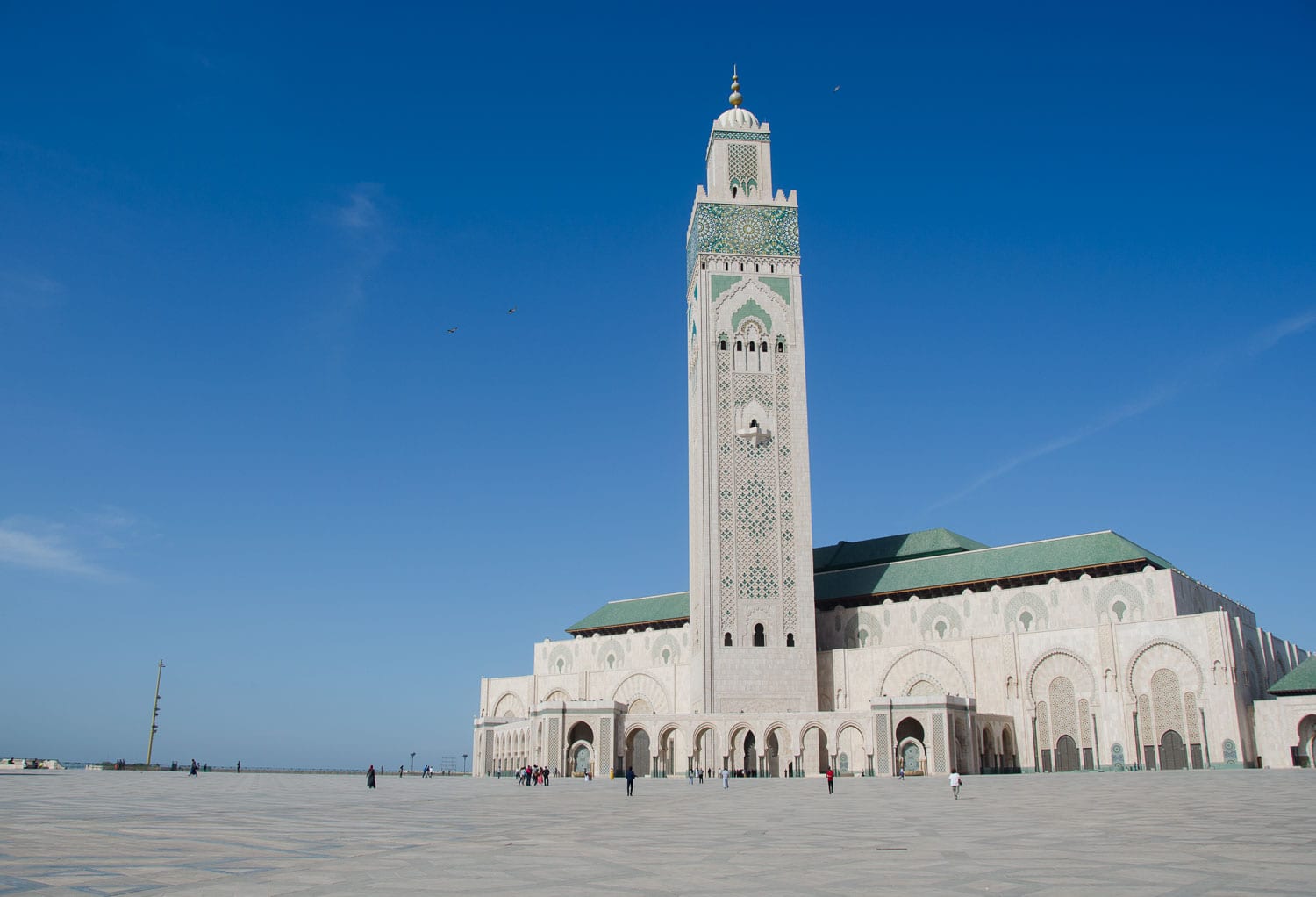 Outside of the Hassan II Mosque 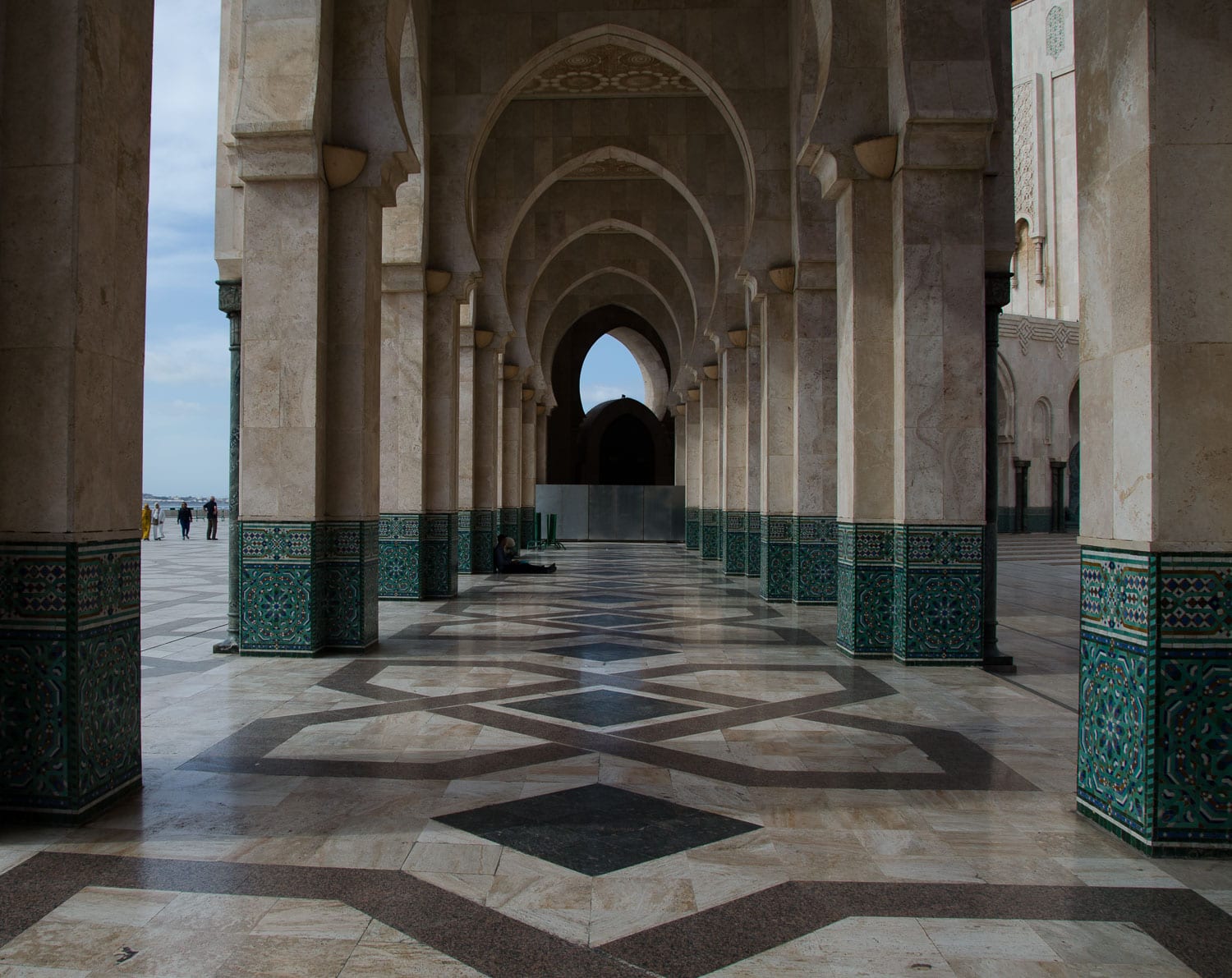 Approaching the mosque, I quickly found peace and quiet. Suddenly the noise of the city was left behind with the cool ocean breeze brushing up against my face. The mosque showcased an intricate spectacle of hand-carved stone, colorful tiles, and marble flooring. It was just as beautiful viewing it from afar in its entirety just as it was viewing it up close. 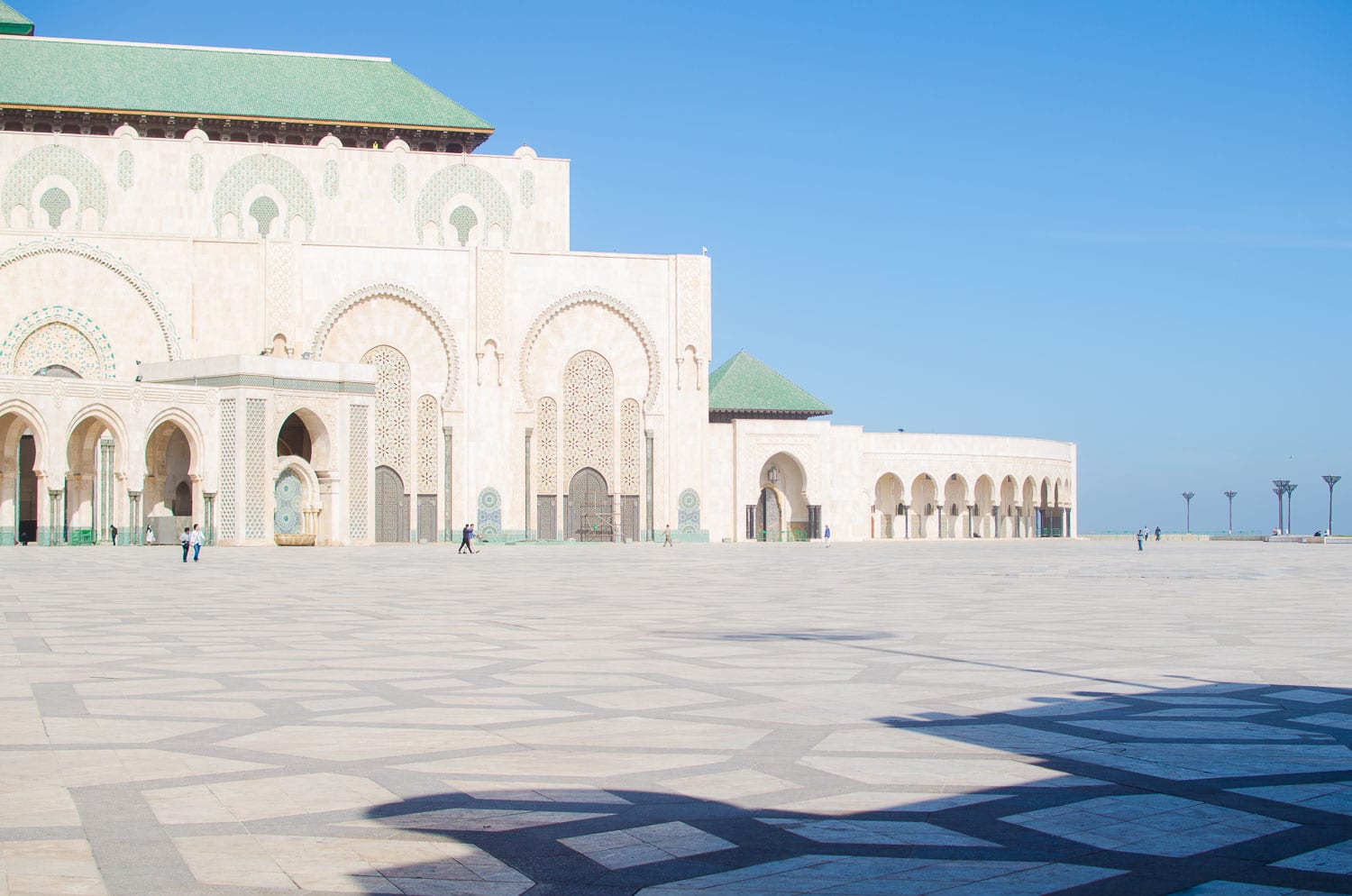 After walking around the grounds, I sat on the steps closer to the entrance and watched those leaving the building as prayer had ended. I sat there long enough to realize the men were coming out of the main door and women were coming out of a small side door – an observation that made me feel a bit uncomfortable.

None-the-less, my visit to the mosque filled me with a sense of peace and incredible beauty, which enticed me to linger there for hours before leaving. 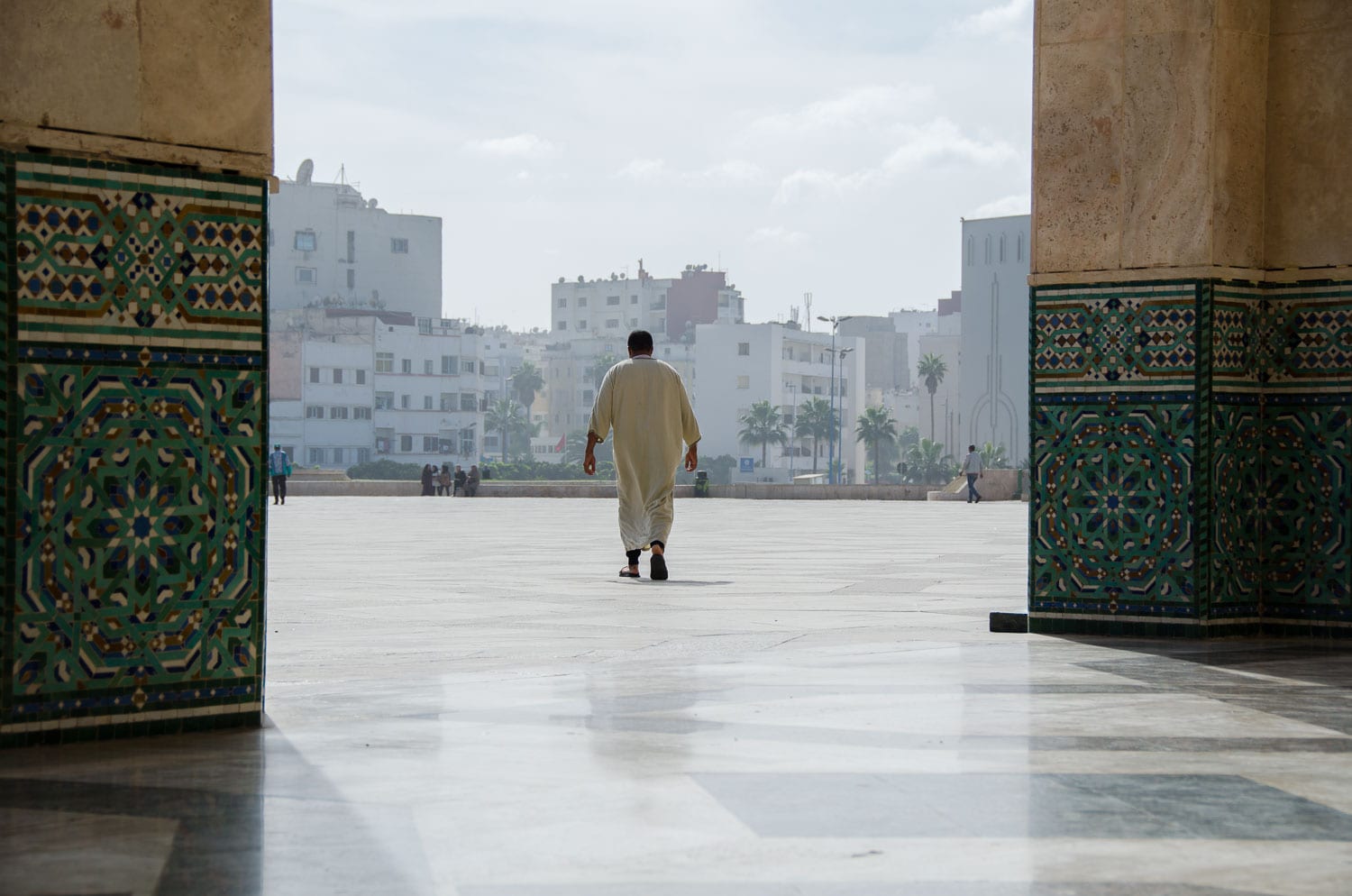 A visit to the Hassan II Mosque is a must if you ever find yourself in Casablanca!

For more about my travels to Morrocco, visit my blog here.